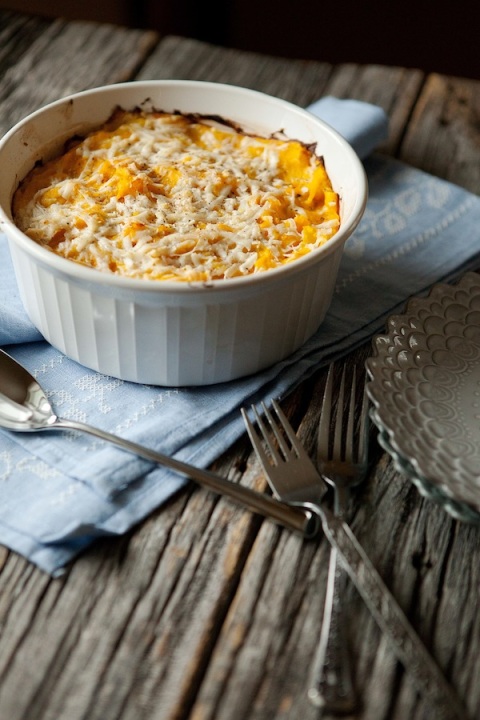 A few summers ago, I did an internship at the photography studio at Stonewall Kitchen up in Maine.  I was just starting to really dig into my PhD work, and the pressure I was putting on myself because of it had started giving me panic attacks and making me sick.  Things weren’t going at all as I’d planned, so I decided to take some time off to recover and learn better how to deal with, well, myself really.

At that point I had just barely picked up a camera and started aiming it at foodstuffs.  I hated every photograph I took, but I adored the process of taking the food photos, so when a friend connected me with her friend who was the photographer for Stonewall, and she offered me a summer internship, I jumped at it.  It was like being in college again.  A weird summer internship!  Barely getting paid! Exploring new pursuits, things I enjoy,  rediscovering myself, yippee! 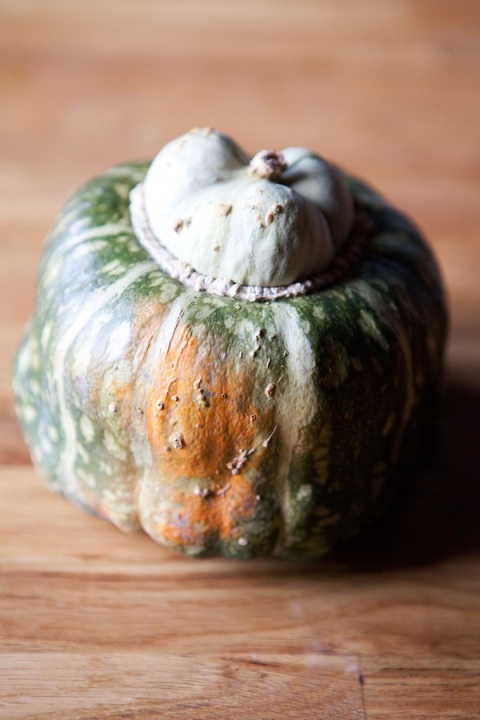 I learned all about f-stops and shutter speed and ISO numbers that summer.  I learned a lot about what I liked and didn’t like in food styling and lighting, and I gained the confidence to start experimenting.  I learned that I totally loved spending the whole day in a photo studio, even if I was holding light bounces and washing dishes most of the time.

I also learned that I did have the mental fortitude to stick with things that are tough, things that I suck at, and improve little by little.  Even though I kind of wanted to stay in the photo studio forever, it helped me feel like I could stand up for the research I wanted to do and ideas that I had, and I would finish my PhD.  (Um, though that part is still technically TBD.  IthinkIcanIthinkIcanIthinkIcan…Give me a few more months.)

Hmm, ok, I didn’t mean to get quite so earnest and reflective there because that is all actually a tangent that I somehow wandered down in my trigonometrically inclined mind.  This whole stage setting bit is actually just supposed to be leading us to butternut squash pasta sauce.  Hope that’s not anticlimactic!

You see, on some days we just shot jar after jar after jar of chutney, but on lucky days in the photo studio there were leftovers that we were allowed to nibble on and bring out to the break room for others (the best days involved ice cream with salty fudge sauce and/or biscuits with red pepper jelly butter).  One of these days we shot a handful of pastas with sauces, one of which was a butternut squash sauce.  I was excited to try it, perhaps even to replace my lunch with it, but when I took a bite…blech, splutter, splutter, splutter.

Don’t get me wrong, it’s not a bad sauce.  But, it wasn’t at all what I expected.  Where I had expected savory and cheesy, it was sugary and spiced.  It was far too similar to pumpkin pie filling for my personal taste, and I had an intense totally surprise-related averse reaction, gagging and spitting. 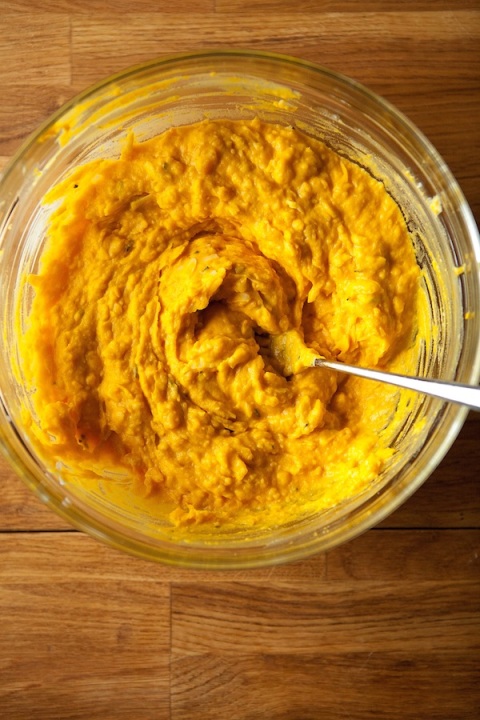 Since then I have been uninterested in pasta with creamy squash sauces, preferring to leave my squash in nice predictable chunks.  Until two days ago when suddenly all I wanted in the world was pasta with winter squash sauce, and I was pretty sure I would have a catastrophic mental collapse if I didn’t get it.  It was intense, people.  A craving of a strength usually reserved for chocolate.  Well, and avocado, and tacos, and kombucha…I’m kind of melodramatic and wide reaching in my cravings.

Anyway, I really wanted pasta with squash, and I knew exactly how I wanted to make it into a pasta I would love, rather than one I would gag on.  Exit apple and brown sugar and nutmeg stage right, enter cheese and rosemary and a little oven time stage left.

This pasta dish would work with virtually any winter squash be it pumpkin, butternut, or kabocha, as long as it’s orange inside and can be mashed to a creamy pulp.  I used a buttercup squash with a funky, architectural pastel green hat that I had tucked in a storage cupboard.  I roasted the squash the way I often roast squash if I know I’m going to smash or puree it, whole.

Seriously.  You can just stick a whole squash in the oven and bake it without having to worry about breaking out a cleaver to open it or a peeler to peel it.  You roast it until it is almost collapsing and easily pierced by a knife or fork, then you take it out, let it cool just enough to handle, cut it open – with no effort at all – scoop the seeds right out, and scoop the rest of the softly yielding contents into a bowl.

Instead of milk or cream, I used water from the par-cooked pasta to the thin the sauce and lend a bit of its starchy, ingredient-melding goodness.  I folded in a mound of cheese, nutty Fontina for meltiness and sharp Parmesan for flavor, as well as some silky sour cream, and I finished the sauce with some finely chopped fresh rosemary.  I’m always ever so slightly wary of using rosemary as it can dominate the flavor of a dish and it clashes with a number of other flavors, but with winter squash, its deep dark wooded scent is a welcome fit. 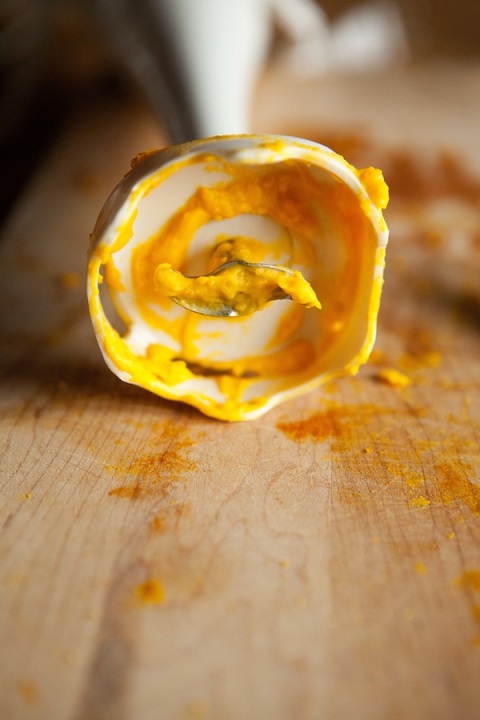 Once well blended, if you want a particularly smooth sauce, or well mashed, if you wish for a bit more rusticity, the sauce joins forces with the pasta in a casserole dish, some extra cheese goes on top, for bubbling and melting good measure, and then into the oven it goes.

What you get, which is exactly what  I wanted, is in essence a macaroni and cheese and then some, with the added oomph and mmm of the lush orange squash sauce.  Velveeta has got nothing on pureed squash in the color or creaminess department.

My one regret is that the only kind of pasta we had, and therefore the one I ended up using, was bow tie shaped pasta.  Which may go down in history as the least compelling regret ever.  But, I would rather have used shells, or even penne, so now you know, and I leave it up to you to make your own pasta shape choice.  I leave it up to you whether you want to use regular pasta or some quinoa or brown rice based number as well.

What I don’t leave up to you is whether or not to make this and then look forward to it for lunch all week.  Make it happen!

You are currently reading Baked winter squash pasta at Five And Spice.