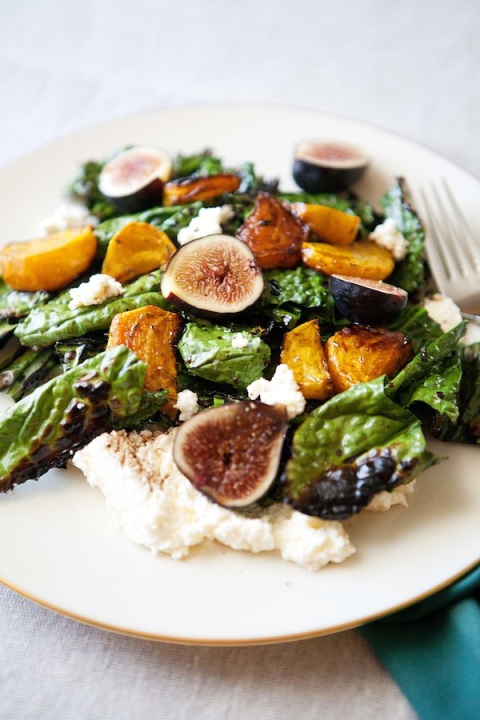 We went up into the woods over the weekend.  It felt so good.  Always does, really.

We went to the Boundary Waters, the forest in Northern Minnesota bordering Canada.  A wilderness where the only real way to get around is by slipping a canoe into the water and paddling from lake to lake.  There you can glide through still water, bounce through choppy, scramble over beaver dams, dodge moose…the only sounds around are the slap of the paddles, the drips of water, the occasional loon call, or easy conversation with the others in the boat.

Every wild area has its own unique silence and peace.  I think that of the Boundary Waters may be one of the deepest anywhere.  It affords the most beautiful solitude  (and the most comfortable companionship with the others paddling with you) that you can imagine.  Where else in the world can you canoe or kayak between hundreds of lakes with only hikes of several – ok, sometimes several hundred – canoe lengths in between?  It’s remarkable. 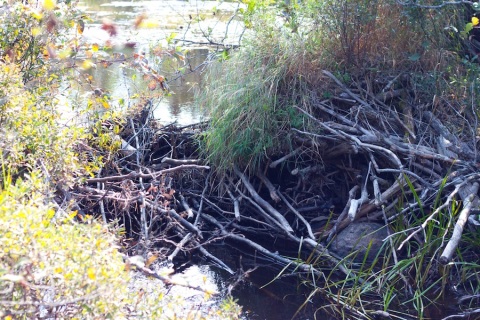 We paddled a nice 12 mile loop on Saturday.  On Sunday afternoon we decided to hike up one of the low ridges to take in the views of the leaves that are just starting to show hints of gold and scarlet.  On the hike down, for the first time in several weeks, I began to think in earnest about food. END_OF_DOCUMENT_TOKEN_TO_BE_REPLACED 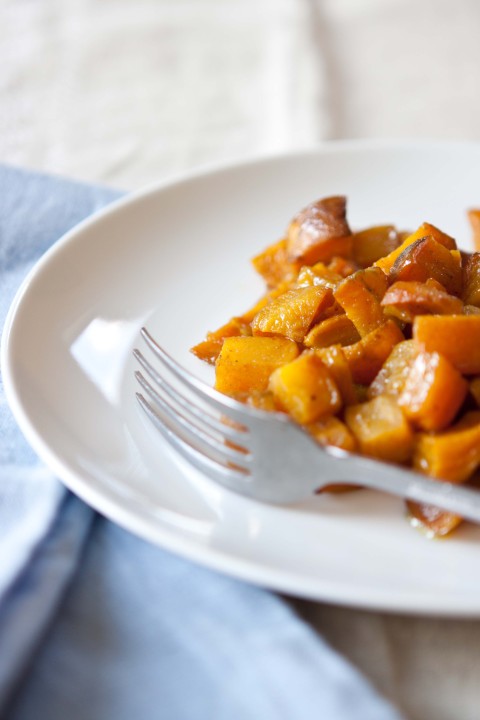 Everything I’ve been cooking lately seems to be orange.  Have you noticed?  If you haven’t noticed, forget that I said anything at all.  Orange food?  What?  I cook the rainbow!

If you have noticed, know that I thought I was going to be breaking out when I dreamed up this beet recipe.  I envisioned deep claret purple.  But then I rooted in my vegetable crisper drawer and was reminded that I had selected golden (read: orange) beets.  Hmph.  Well, we’re getting our vitamin A in these parts.

Whatever the color, these beet nubbins turned out to be a spectacular treat.  Like candy. 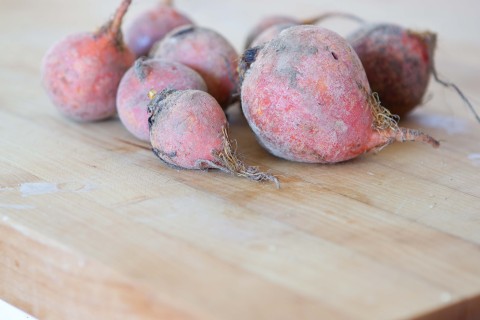 END_OF_DOCUMENT_TOKEN_TO_BE_REPLACED

Is it just me, or does the advent of summer put you the mood for happy hour too? Potentially even a daily happy hour. There’s nothing wrong with that, right? 😉

I suppose that, technically, happy hours are called happy because of the inclusion of alcohol, but I think they’re happy in so many other ways. It’s a celebration of porches or patios! And evening breezes! And of the fact that you can laze about for an hour (or two) after work, enjoying some ridiculously buttery cheeses and crisp breads and a little glass of wine, and it will still be light out when you get around to dinner! 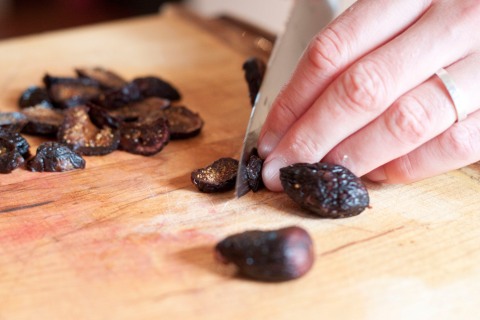 END_OF_DOCUMENT_TOKEN_TO_BE_REPLACED

Wintery panzanella with apples and kale 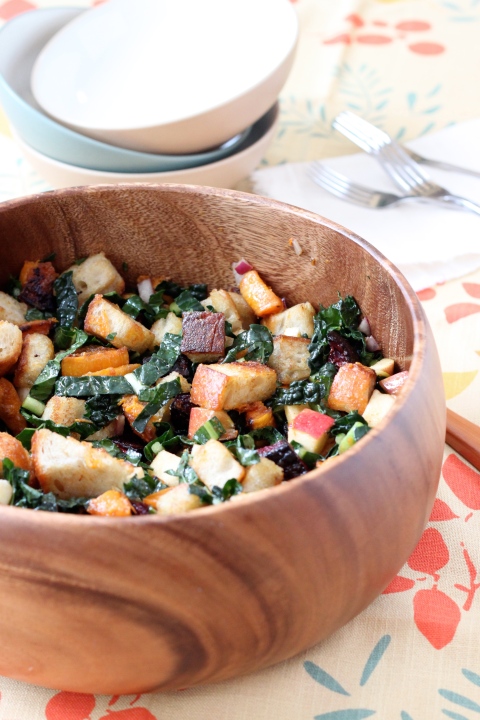 It’s another snowy day in Boston. It is not yet a day where school and work has been canceled, but it’s beginning to look as though it could turn into one. We had a true snow day last week. We, and like three-quarters of this country. I heard somewhere that one day last week, every single state in the United States had snow (even Hawaii!) on the ground. Well, except Florida. That troublemaker. Waking up to a snow day, the edges of the world taken off by the softness of the white, the stillness that hangs in the air, the celebratory confetti of fluffy flakes, always fills me with the giddiness of a child who knows instantly – without having to check the television or radio reports – that she does not have to go anywhere today. She can stay home and play in the growing drifts. 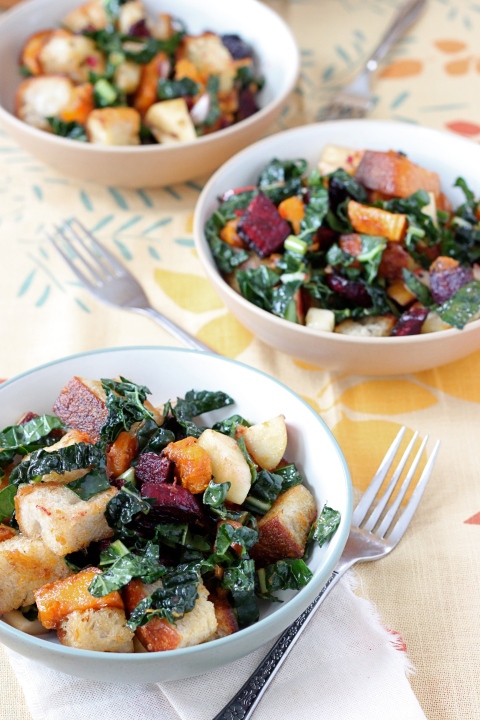 Watching the snow falling always makes me think of grace. Grace, cascading down to cover the world, making it look clean and new, reminding us of how marvelously beautiful it is. It’s something we need so very much. Of course, I suppose I would have a hard time selling this notion to the commuters stuck in traffic, or in snowbanks. And isn’t that just so like us, to take grace and instead of just accepting it, letting it be a gift, we want it to be what we want. We try to drive around in it, plow it and salt it to conform to our paths. And then we’re surprised or annoyed when we start fishtailing around or spinning our wheels. Instead of frolicking in it, or sliding on it, or letting it gently stick to our eyelashes and melt on our noses. Or simply watching it while drinking hot chocolate and sharing a warming meal. END_OF_DOCUMENT_TOKEN_TO_BE_REPLACED

Is it immature of me if, as I sit thinking about important things to say about beets, all I can really think about is what comes out on the other side after you eat beets (teeheehee)?  That and the song “Beat It” by MJ, which comes into my head virtually every time I cook beets.  It’s kind of like beets have their own theme song.  Which makes me wonder, would people eat more vegetables or fewer if each had their own theme song?  But, back to cooking and eating beets.  Beets are wonderful!  They’re definitely sweet – some sugar is made from a variety of beets, even! –  with a unique subterranean earthiness (that, admittedly, some people don’t like).

I cook them a lot.  They’re great roasted and then eaten plain as a side dish, or added to a salad once they’ve cooled.  Their sweetness contrasts nicely with tangy-ness from citrus, also goat cheese. And, it’s complemented nicely by pecans or hazelnuts if you’re making a salad.  For a side I usually peel and slice them while they’re raw and then roast them with olive oil, salt and pepper, like I do with most any root vegetable.  But, for salad use they’re nice roasted whole first (or even boiled) and then peeled and sliced.  But this takes a heckuva lot longer!

END_OF_DOCUMENT_TOKEN_TO_BE_REPLACED

You are currently browsing entries tagged with beets at Five And Spice.