I wish I were better at canning.  And not because I’m buying in to some fantastical homesteading fantasy that’s just part of the zeitgeist.  I swear.  Ok, well, I totally do fantasize about homesteading, we’ve talked about this before.  But not for the self-sufficiency part of it, which is what we as a populace are being accused of.  I’m way too communal of a creature for that.  Homesteading appeals because it is a way of feeling things again, of feeling physical strain toward a goal and of feeling something you’ve made in your hands.

But, the real reason why I wish I were better at canning is so that I can do like my friend Anna did the other night as we were all finishing up dinner.  Something in the conversation seemed to trigger a spring in her mind, and she leapt up from the table exclaiming, “do you want some really amazing applesauce that I canned that tastes just like fall?” 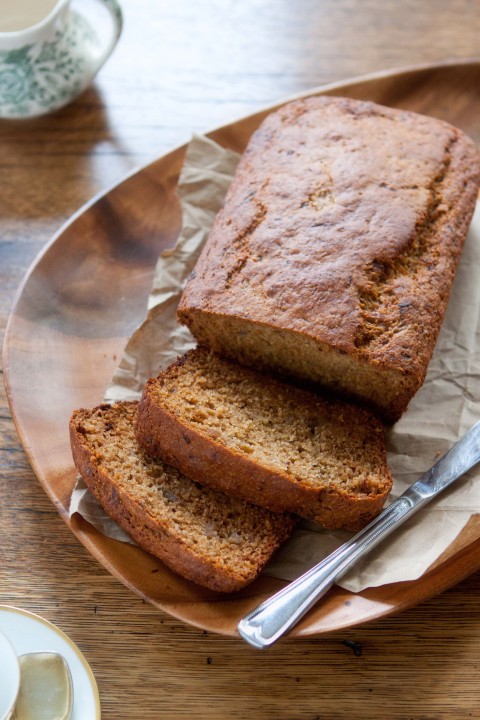 Of course I want really amazing applesauce that tastes just like fall.  In fact, I’m happy to help with any pantry cleaning that may need to be done before this summer’s canning spree begins.  Apple butter?  Raspberry sauce?  Rhubarb vodka?  Yes.  Yes!  Yes!!

So, now our pantry looks a bit more similar to their beautifully stocked pantry – row upon row of mason jars, brimming with put-away produce – and I have vowed (for the umpteenth time) that this summer, I’ll learn properly how to can.  I’ll just take up residence in Anna’s kitchen and demand to be an apprentice.

True to her word, the applesauce did taste just like fall, clean, fresh, breezy, with a slight sour nip.  You might think this is not what I’d be looking for right now, as spring reaches its peak.  But, one of the great joys of food is its ability to transport you to different places and times, and I was happy, for a few moments, to let the applesauce carry me on its back to a bright, clear day in september.

And afterwards, there was still enough left for baking with.

I thought about making applesauce cake, which I’ve enjoyed before.  But, a hearty, wholesome spirit took me over, and I decided to make a bread instead.  Bread.  Not cake masquerading as bread – as much as I love those – but a quick bread, just barely sweeter than the apples it is a harbor for.  Bread with a toothsome, nutty chewiness to its moist crumb, coming from the addition of barley flour.  (I use sprouted, you can use regular, given it’s much easier to find.)

And that is just what I did.  With a handful of grated cheddar thrown in for good measure.  We always seem to have a little nublet of cheddar sitting in the fridge, the remnants after a spate of cheddar sandwiches.  A lone bit that somehow never made its way into a sandwich and therefore I get to work it into our morning eggs, or shred it atop some greens, or in this case stir it into bread.

Within the embrace of a cinnamon-y, apple-y crumb, melty, gooey little pockets of cheese feel perfectly at home.  The effect is similar to that of taking an apple and a hunk of cheddar and going to town with a knife, layering slice with slice and munching away.  But for every bite of twang and crunch of that snack this one has tenderness and perfume.

Both would do well to be wrapped up in a checkered napkin and carried to a tree to be eaten while sitting on a gnarled root.  Neither will let you down, if consumed while you perch on a kitchen stool puzzling over some work, or flipping through a paper.  Both make an excellent snack, in my opinion.  But, this bread has the great benefit of being utterly delectable when toasted and smeared with butter.  I wouldn’t do that with an apple.

Now that the applesauce has been handily put to use, I’m pondering what to do next with my gifted canned bounty.  And, as I do that and when I learn to can myself, I’ll get back to you about that too.

§ 11 Responses to Applesauce and cheddar bread

You are currently reading Applesauce and cheddar bread at Five And Spice.