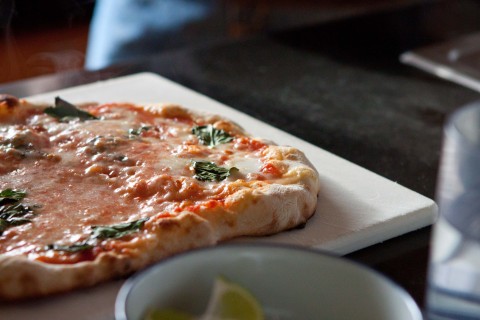 I’m slightly green.  And not, unfortunately, the trendy, socially desirable, eco-conscious kind (though I do try to be that).  I’m afraid I’m the unpleasant green of jealous envy, though I think it is at least a pastel, non-menacing sort of a shade.

It’s a friendly jealousy, you know, like teasing can be friendly.

A day before Christmas, a couple of Joel’s childhood friends, with whom I’ve also become friends, were in town.  Dear friends we look for any excuse to get together with.  And there we all were.  Such fun!

We met up in some high bluffs – aspirational foothills, even – near one of our friends’ family’s house, and went for an invigorating tromp through the brush and woods.  Then, we descended to the house for lunch.

It’s a jealousy worthy house.  An open, airy plan with high ceilings, large windows, and elegantly spare yet cozy furnishings.  They also have a wine cellar that nearly brought me to my knees.  Not for it’s size (it’s on postage stamp scale) or sumptuousness, but rather for the care and taste with which it was curated.  So jealous – I’m considering moving in. 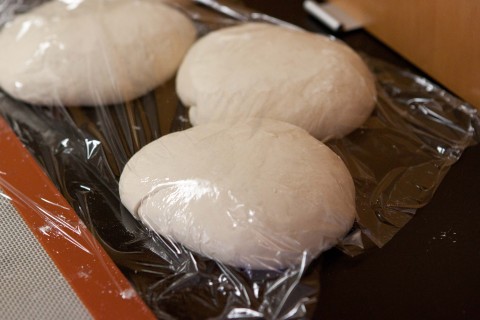 But, the true source of envy, the thing I would make off with in the middle of the night if it didn’t weigh a couple of tons (and if I wasn’t intent on them using it again the next time I visit 🙂 ) was the stove.  A Finnish soapstone stove, a Tulikivi.   Those things are wonders, soaking up the heat of a roaring, fast-burning fire then softly radiating heat for the next 24 hours.

My family actually has one too, up at our cabin.  But as hard as I lobbied back when they were buying it, I was unable to convince my parents that they actually really needed to invest in the version with an oven built in.  Our friend’s family had. 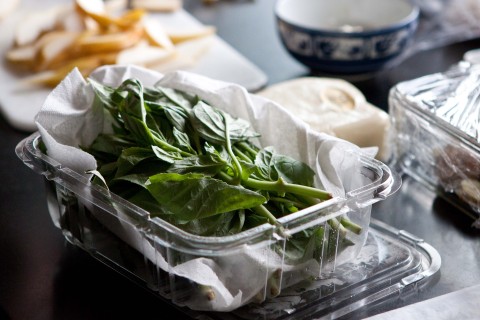 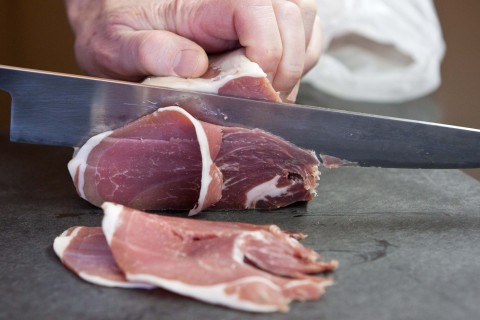 Thus it was that when we came lumbering in from our hike, we found the fire burning down in the stove, the oven heated to a smoldering 800F, and pillowy mounds of pizza dough just waiting for our entrance to be shaped and topped.

It’s hard to believe the hospitality.  And it became even more unbelievable, and ever more delicious, as fine cheeses, Serrano ham, sauces and herbs lined themselves up in shallow bowls on the counter. 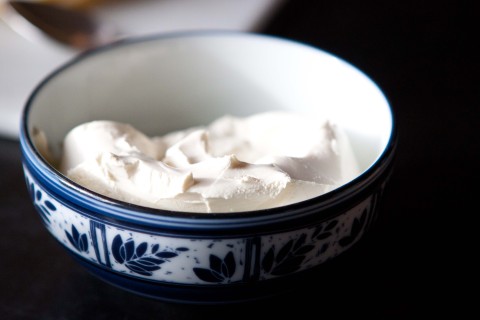 A couple of bottles of wine emerged – heaven! – and we ogled, oohed, and applauded as our friends judiciously sprinkled toppings on the thinly pulled pizza rounds, lifted them on floury peels to shove them into the often, and then a speedy four minutes later transferred blistered, bubbling, fragrant pizzas from the oven to our plates.

We hadn’t really hiked that far, but we ate as if we’d been on trail for a week.  You couldn’t not, it was too delicious.

We had classic pizza margherita, as well as a version with paper-thin slices of serrano ham.  We had a tasty sweet-savory pizza with pears and gorgonzola, a classic combination.  But, the most interesting one we had our friend based on a pizza he’d had at the Cheese Board in Berkely (a destination of ours every time we happen to wander through that town!).  On your pizza crust, thinly spread some very good quality cream cheese or mascarpone (if it’s a bit warm it will spread more easily), layer on thinly sliced roasted or parboiled potato, thinly sliced pasillo peppers, and a nice sprinkling of Parmesan cheese.

Bake the pizza until the crust is golden and bubbly.  When it comes out of the oven sprinkle it with just a little pinch of smoked sea salt (or fleur de sel would be good too) and a small handful of chopped cilantro.  Squeeze lime wedges over it and serve!  Even if you don’t have a soapstone pizza oven to bake it in, I think you’ll enjoy it. 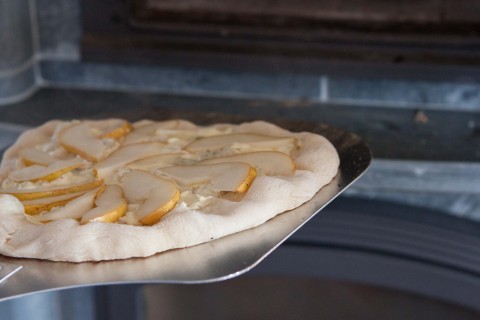 You are currently reading Hospitality and soapstone at Five And Spice.