We all have something I like to call “the wanting monster.” It’s the little thing inside of us that will barely ever let us be fully content, even if we’ve just received a wonderful gift or had the most phenomenal day. After a brief sojourn of abundance we start to get this creeping feeling, stealing in, tugging at the corners of our minds, trying to convince that something is still missing, even if that thing is only the fact that a beautiful moment can’t last forever. And then we start wanting. More recognition, more control, more money, more toys, a smaller nose, curlier hair, slimmer thighs, bigger muscles… you name it, it can be “wanted after.” 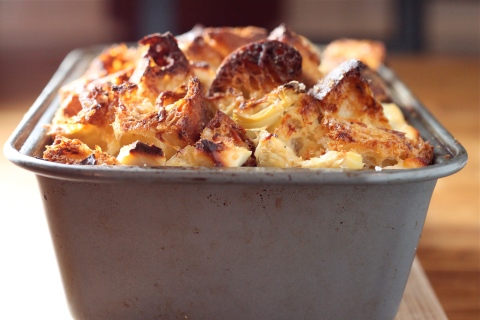 I won’t even get started on the intangibles my wanting monster frequently has me spinning in circles over. But, when it comes to concrete “stuff,” luckily – since I only have a staggeringly small grad student income – my wanting monster isn’t too horribly active. Dangle designer shoes or bags in front of it and it will lumber off to go find a corner to nap in. Roll in fancy cars or high tech gadgets and it will give a loud snore and roll over, completely uninterested. Tempt it with exciting outdoor gear and it might perk up its shaggy head for a moment, intrigued, but it will shortly lie back down again, feeling happy enough with the gear it already has. But oh, show me some lovely dishes or other beautiful kitchenware, and look out! The wanting monster will come crashing in, her eyes glinting with desire. I simply adore beautiful dishes and linens! Even just to look at! Joel, being very handy – a trait that befuddles and amazes my family to no end, since we are not people who build things, we are people who break things – has built us some massive storage cubbies, and already they are half taken up by my swelling collection of colorful dishes and cloths and silverware. (My total adoration of food photography has only been making my dish-lust worse, though at the same time, it sort of justifies it. Maybe? I hope. Let’s just say that it does…)

The newest thing on my need-want confusion list is a beautiful loaf pan. Which was entirely brought on by making this savory bread pudding. I will say, the bread pudding itself is so wonderfully delicious, the silky custardy pudding punctuated by tangy artichokes and caramelized leeks, it almost made me forget that my loaf pan is not particularly attractive. But, the wanting monster is elephant-like in its capacity not to forget, and I am slightly ashamed to admit that it only took about a day and a half’s worth of trying to resist before I caved and went a-searching on etsy. And I have a new loaf pan on its way in the mail! And now I can get back to concentrating on the contents of the pan, the bread pudding.

The idea for this pudding had been marinating in the back of my mind for several months, ever since we had gone out for a dinner with friends where I had ordered fish only to be completely distracted from said main dish by the enchanting, buttery, individually sized artichoke bread pudding that accompanied it. It was as if somebody had taken a gooey, cheesey artichoke dip and fused it with a fragrant satiny pudding and topped the whole thing with a buttery, crisp crust. I knew instantly that I needed to recreate it at home, but in the way these things often go, it took me all the way until now to do so. By happy coincidence this week, I had the ends of three aging loaves of bread all sitting around, grousing about being past their prime just at the same time as I had marinated artichokes in the pantry. Obviously a sign. Because we had just had spinach in our dinners 3 days running, I decided to forego the spinach that would be the obvious partner for artichoke and instead added a pile of creamy, caramelized leek, because I work under the assumption that if you know something is going to be delicious, if you add caramelized leeks it will become sublime. Laced with a couple of types of cheese and bound together by egg and cream, the resulting pudding definitely is.

The idea of baking a bread pudding in a loaf pan I took entirely from Deb at smitten kitchen. I had made a mental note after seeing her loaf-shaped bread pudding and thinking “oh for cute!” (my internal monologue has a strong Minnesotan accent) that I wanted to try to do the same. I think this means I also get to blame her for the fact that I suddenly needed a prettier loaf pan. But, anyway, the point is you could also bake this bread pudding in a regular pan and it would still turn out lovely (you may just need to adjust the baking time a bit). You could even double it and bake it in a large baking dish (9X13) – more of a good thing! This dish is absolutely filling enough to eat as a main dish, accompanied just by a nice green salad. But, if you’d like you could also use it as a side for fish or a roast of some sort. And I can also say from experience, it makes a marvelous breakfast, as well as a perfect lunch, in addition to being a delicious dinner. Who could ask for anything more?…at least for a little while ;).

As a general side note about artichokes, they turn a somewhat unsightly shade of blue if they come into contact with aluminum (I have found this out the hard way). I think they’re still fine to eat, they just don’t look very lovely. So, be sure to either use a pan that is not made of aluminum, or else make sure there’s kind of a buffer of bread cubes or parchment paper between any artichoke pieces and the sides of the pan.

You are currently reading Leek and artichoke bread pudding at Five And Spice.