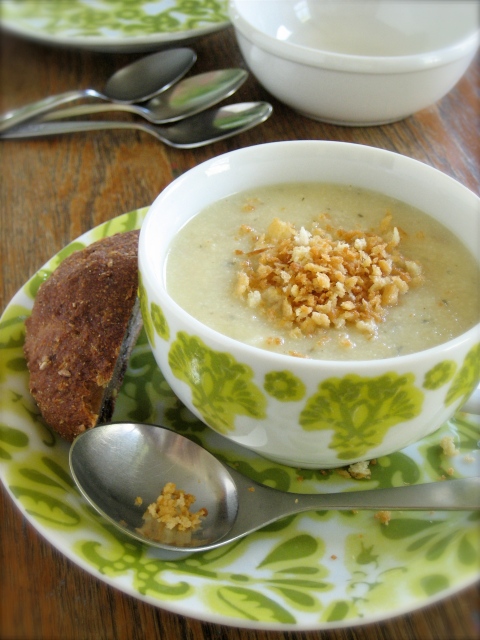 I need a show of hands if you watch “30 Rock” please.  Oh good.  The rest of you, I highly recommend checking it on Hulu as it is beyond a shadow of a doubt in my mind the funniest show ever.  Or maybe it just suits me to a T because my mind tends to be really random and/or sarcastic, like the show.  But, suffice it to say, Joel teases me because every time we watch it I start laughing during the opening credits and, quite literally, don’t stop until after it’s over.  Anyway, there’s an episode where Tina Fey’s character sees a very handsome man, and what she says to herself is, “I want to go to there.” (which is incredibly funny when it’s Tina Fey who is saying it, maybe not quite as funny written down.  darn.)  Now, I find myself doing the very same thing, except instead of men, I do it with food!  I see a picture or the title of a recipe or something on a menu, and my mind pipes up, “I want to go to there!” which translates into, “I would really like to try cooking that myself.”   And I start daydreaming about what I would need to slice up and stir in and what fun twist I might add.

Most recently this happened with a cauliflower soup – of all things, right!?  I was typing references into a bibliographic reference manager (mind numbing work!), and somehow I found myself not doing it anymore, and instead browsing through pictures of food (this impulse might be borderline pathological) wondering about what I might want to cook for supper, and then I saw a pretty image labeled cauliflower soup.  The following internal dialogue ensued:  “I want to go to there!”  “But you don’t even really like soup very much, and you don’t know how to make cauliflower soup.” “Yeah, but remember that one time you had cauliflower veloute at 10 Tables and it was amazing?  You could do that.”  “It requires blending the soup.  Do you remember what happened the last time you blended soup?”  “Well, the walls needed cleaning anyway.  And, you’ve had worse burns than that…what if I’m reeeeeaaally careful?” “Well, I guess there is a cauliflower in the fridge that needs using.”  “Ha, I knew it!  Onwards and upwards.”  And so I made up a cauliflower soup.

I’d only had cauliflower soup once before (and it was called veloute because it was a fancy restaurant, but I knew it was soup, they can’t fool me!) but it was wonderfully creamy and delicious.  It also had a gratuitously large chunk of bacon in it, which definitely didn’t hurt the flavor.  I wish I’d had some bacon to add to my soup, but I didn’t, so I made some buttery cheesey breadcrumbs instead, since I’d seen pictures of creamy soups sprinkled with bread crumbs before.  Totally a good idea!  They may have even been the best part of the soup.  Croutons with cheese melted on top also would be really good.

I figured a cauliflower soup would basically require the same things as any other soup, namely a sautéed onion and broth.  I figured it could also use some cream and blending to make it, well, creamy and smooth, if you must know.  I also threw in some garlic and shallot that I had for extra flavor, a couple potatoes I had lying around that I figured would thicken it extra, a little sprinkle of cayenne and a curl of lemon peel zest because I’m currently extremely obsessed with lemon zest and thought it would be a nice counterpoint to the creaminess, and I melted in some cheese at the end for even more flavor.  I also cooked it up with a dash of herbes de Provence, which honestly I only added because I had just bought it to cook a chicken with and wanted to use some more.  It was good but probably didn’t need it.  You could try it without herbs, or else with some other herbs (mostly I’m thinking of dill because I’ve had it in other creamy soups).  I was very careful with the blender, and – miracle! – managed not to have any disasters!

So, if you want to go to there:

§ 2 Responses to Cauliflower soup with breadcrumbs

You are currently reading Cauliflower soup with breadcrumbs at Five And Spice.