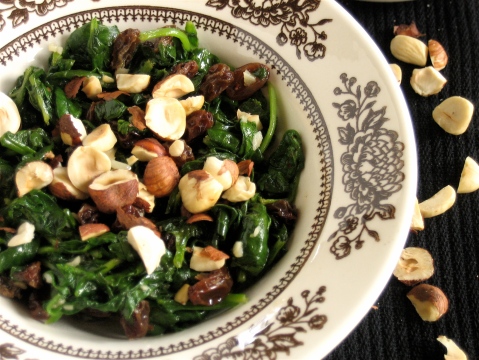 I’m helping a friend out, right now, with testing recipes and taking photos for a cookbook that she’s making as a fundraiser for Re-Vision House Urban Farm, a really cool organization that provides fresh, local food and job training to women in an associated homeless shelter.  It’s really awesome, the feeling of being able to contribute to an organization whose mission you really believe in, and it’s also pretty wonderful because I’m having ridiculous amounts of fun in the process of making this contribution.  It kind of flies in the face of the message you’re subtly fed when you grow up Lutheran.  Messages a la Garrison Keillor about how life is supposed to be hard work with a bunch of suffering in the mix, and it is your job to make the best of it because it could be worse.  I have to admit, I actually believe a lot of that message, I mean, I’m old enough to know that that’s just being realistic.  However, it seems that that doesn’t have to be the end of the message, that it could use a little addendum that reminds us: ‘and hey, sometimes it’s really fun too, and just because something is hard work or happens to be your duty doesn’t mean that it can’t also be occasionally quite enjoyable!’

Now, I’m afraid I’m going to be  ridiculous and relate this train of thought back to food…because for me, everything seems to relate back to food (maybe because I’m hungry again!).  It’s just that, the first dish I tested and shot photos of for this cookbook gave me the same message, in a weird way. 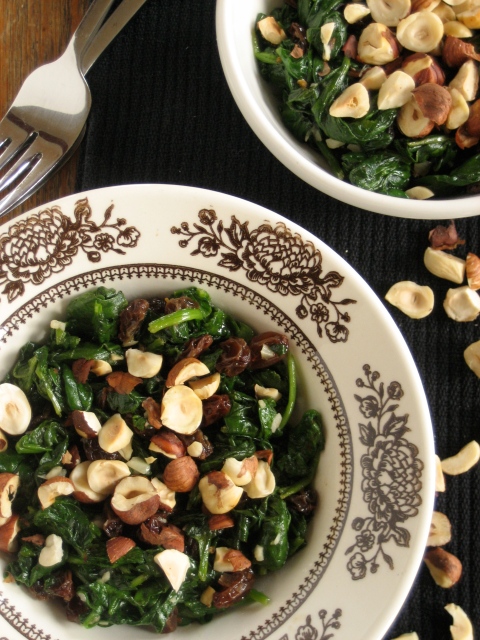 It was spinach, and while I use spinach a lot in things (usually things including a little too much cheese – yum), I am actually fairly skeptical of spinach as a stand-alone side dish.  Back in college when I lived for a semester in France, my French host family was slightly in awe of my vegetable eating prowess, and one day they offered me a massive bowl of steamed spinach, with nothing but a dollop of crème fraiche to gussy it up, “all for you”, they said, certain that I would be thrilled.  Of course, I had to eat it all, but I think it was maybe the only thing that I had to eat during my entire stay in France that I didn’t have happy dreams about for weeks afterward (admittedly, I mostly ate pastries and cheese when I was on my own).  In fact, I could barely choke it all down.  That was what sprang to mind when I looked at the test recipe for spinach with nuts and raisins.  Okay, nuts and raisins might help, but it would still be a lot of spinach, and flavored with only a little bit of garlic, pepper, and a drizzle of vinegar.  No cheese or cream?  I just couldn’t imagine that that would be enough to make up for the way spinach can sometimes be, if not given a little help, ie. kind of slimy and bitter.

But, I did my duty, and cooked and ate the spinach…Yummy!!!  I was startled and immensely pleased to discover that it was delicious!  A flavorful, garlicky combination of salty, tangy, sweet, with a slight kick.  And the raisins and nuts did wonders for the texture!  This recipe calls for steaming the spinach before sautéing it, something I’d never bothered with before, in general, and now have done twice in a week between this recipe and the herb jam.  I’m starting to think it will become a permanent part of my cooking-tricks-bag.  The garlic clove and pepper flakes, because they’re cooked in the olive oil first, infuse the oil with flavor, which makes them go a long way.  The sweet raisins and the tangy sweetness of vinegar complement each other nicely, and play well against the savory flavors.  And, of course, the nuts add crunch and make the whole dish feel heartier.  This would be a great side for a meat or vegetarian dish, but it could also be a full meal in itself served over brown rice, quinoa, or couscous that has been cooked with olive oil and salt – ooh, and maybe some cinnamon and lemon zest to keep the sweet-tangy-savory combo going.  It’s a wonderful way to have a little enjoyment while you’re doing your duty and eating your veggies. 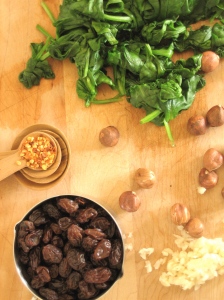 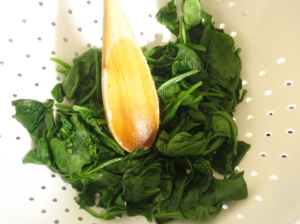 Here is the recipe with some tweaks that I felt would make it even that much better.  Consider it a teaser for the full cookbook – which I’ll be sure to announce when it finally comes out, and will try to cajole people into buying it to support a great cause.

Spinach with Raisins and Nuts 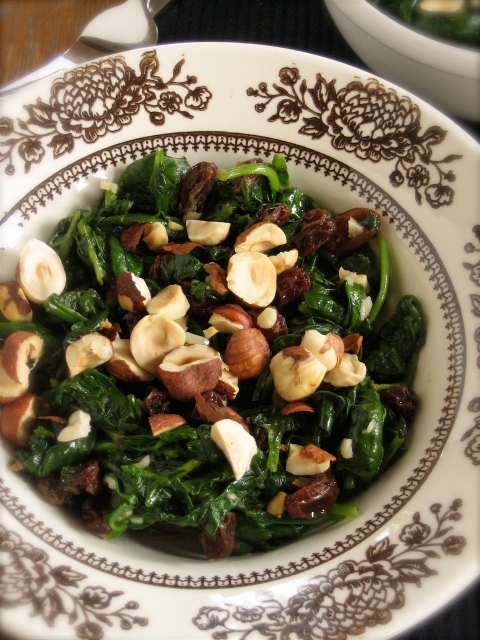 § 4 Responses to Spinach gone right (with raisins and nuts)

You are currently reading Spinach gone right (with raisins and nuts) at Five And Spice.